Trash in Our Waters 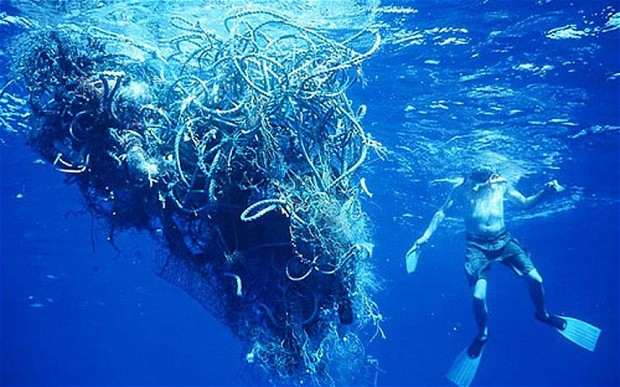 On April 7, 2015, the California State Water Quality Control Board put into motion a first-of-its-kind statewide policy to prevent trash from reaching the state’s waters.

Operating under its Ocean Plan, the State Board’s Trash Policy puts into place a ten-year timeline for the state’s cities and counties to implement one of two paths to compliance, both aimed at getting to an eventual “no trash in our waters” outcome. The State Board modeled its policy after a similar program in Los Angeles that prevents more than one million pounds of trash from reaching Southern California waters every year.

Orange County Coastkeeper welcomes this as a compliment to its Measure M efforts. Since 2011, Coastkeeper strongly pushed for and continues heavy involvement in the management of the Environmental Clean-up Fund of Measure M. Thanks to Measure M, Orange County cities have been installing storm drain screens and inserts to catch trash, including some hydrodynamic separators in larger residential areas. To date, every city in Orange County has applied and been approved for funding, a total of $37 million to reduce trash.

“Orange County’s economy is driven by tourism and the dollars it brings to our region—an investment in trash prevention measures is an investment in our livelihood,” said Garry Brown, Orange County Coastkeeper’s executive director. “Today’s action by the State Board to prevent trash from reaching the state’s waters should encourage Orange County cites to be even more aggressive in developing plans to eliminate trash in our waters. We have made great progress and have a long way to go.”

Today’s approved guidelines declare a goal of no trash to be present in any ocean waters, bays, or surface waters of the state. As a complement to the state and local bag bans that aim to reduce plastic pollution at the source, California’s Trash Policy puts the impetus on cities and counties to control litter from entering waters through storm drains using one of two programs.

First, within ten years, a municipality can choose to install and maintain trash-catching devices on all storm drains in high-density residential areas, industrial- and commercial-zoned areas, and public transportation stations. Second, within ten years, municipalities can create a self-selected trash reduction program to include: increased street sweeping, consumer education programs on littering, installation of trash-catching devices on storm drains, and enactment of local ordinances to ban sources of litter. Municipalities that opt for the second path will have to demonstrate equivalent trash reduction to that achieved under the first path.

“The State Water Board’s Trash Policy is essential to protect California’s tourism- and recreation-based economy and could become a national model for keeping trash out of waters,” said Sara Aminzadeh, executive director for California Coastkeeper Alliance and organizer of the Blue Business Council, a network of business partners that care about clean and plentiful water in California. Aminzadeh said 25 businesses, including Patagonia, Klean Kanteen and Clif Bar, signed onto and issued a statement of support for Trash Policy.

Trash is accumulating in California’s waters and on its beaches at an alarming rate. To date, California has no statewide guidance on how local governments should reduce the amount of trash that flows into its waters. Twenty-seven California cities, including the City of Los Angeles, have such severe trash problems that the state has put in place special regulatory programs to reduce the pollution. In 2007, Los Angeles started implementing a program that required installation of trash-catching devices on all city storm drains. The program is under budget, ahead of schedule, and stops over one million pounds of trash from reaching Southern California waters every year.

The current draft of the statewide Trash Policy declares a goal of no trash being present in any ocean waters, bays, or surface waters of the state. As a compliment to local bag bans that attempt to reduce plastic pollution at the source, the Trash Policy puts the impetus on cities to control litter from entering waters through storm drains.

Trash is a Serious Problem 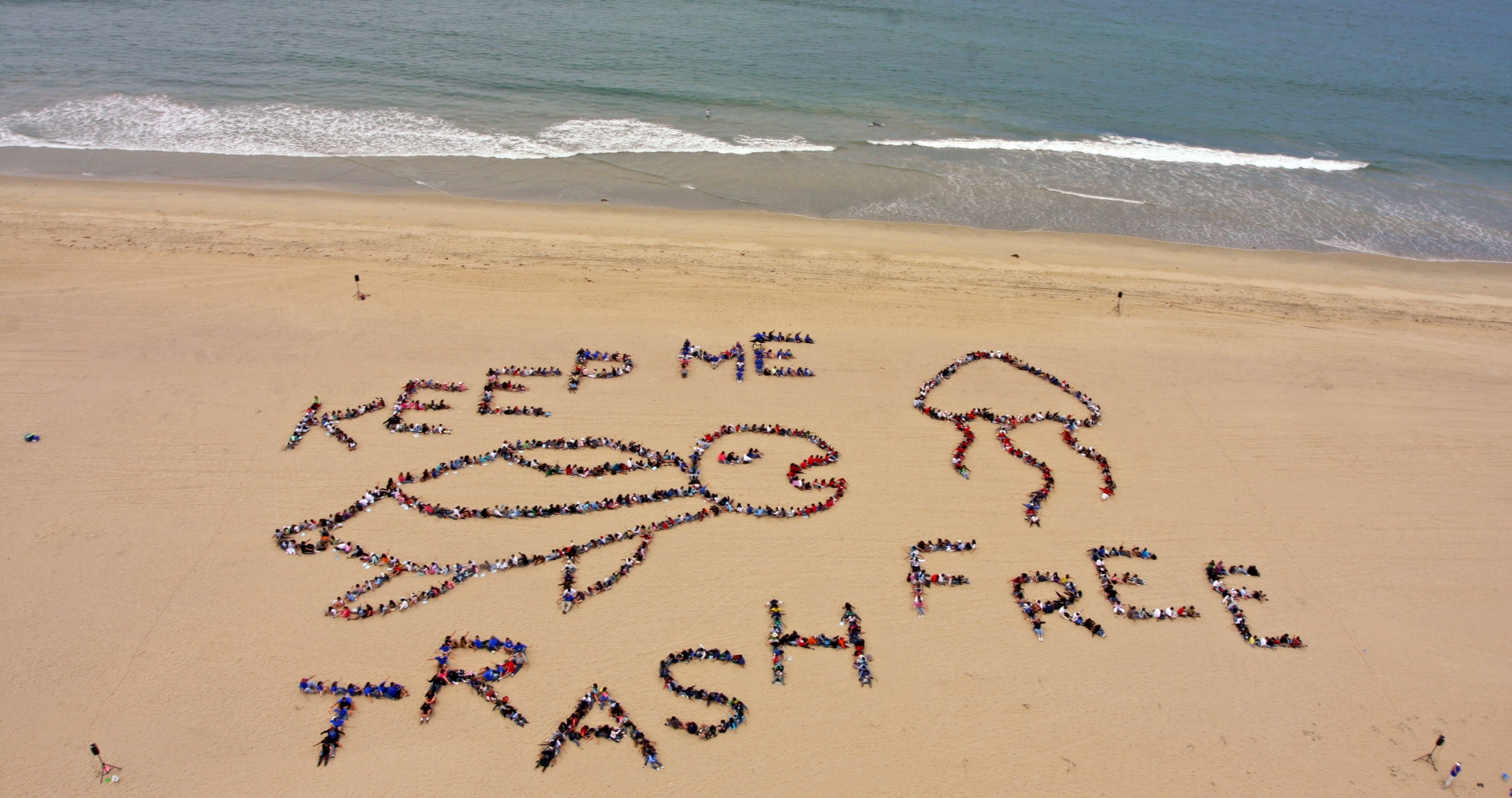 Trash is more than just an ugly mess that causes visual blight.  Trash is a direct threat to humans and wildlife.  Trash leaches toxic chemicals into the water and serves as a breeding ground for bacteria.  Trash destroys habitat by attaching to vegetation and smothering it. It harms wildlife when it is consumed and releases toxins or blocks digestive systems.  It also reduces recreational opportunities by raising harmful bacteria levels in water and causing visual blight.

The Great Pacific Garbage Patch is a giant floating mass of marine debris located in the central North Pacific Ocean. The garbage patch contains a high concentration of microplastics. The exact size of the mass remains unknown but it is very large and continues growing. The North Pacific Subtropical Gyre where the garbage patch exists spans 19 million square kilometers, the range of the debris has not been determined as some of it sinks and it is impractical to trawl the entire area. Survey work on the garbage patch continues to this day. Trash is a huge issue in our world’s oceans. It is absolutely essential that the state of California does its part in not adding to this problem.

What the proposed Trash Amendments will do:

The proposed trash amendments will define trash as a separate pollutant and create an implementation program to control trash pollution statewide.

The Provisions included in the Trash Amendments are comprised of six elements:

(5) A time extension option for State Water Board consideration

The new provisions would apply to all surface waters in the state of California with the exception of those waters within the jurisdiction of the LA Water Board with trash or debris TMDLs (Total Maximum Daily Loads) that are in effect prior to the effective date of the trash amendments.

A central element of the proposed Trash Amendments is a land-use based compliance approach to focus trash controls on the areas with high trash generation rates. A part of the trash amendments is thus designed to prohibit discharge of trash from land through storm drains.

The goal is to prohibit discharge of trash directly into waters and the overall objective is that no trash shall accumulate in state waters (or in areas adjacent to state waters) in amounts that would either adversely affect beneficial uses, or cause nuisance.

They are titled MS4 Tracks I and II:

Under Track I, a permittee (city of other government agency) would install, operate and maintain full capture systems for storm drains that capture runoff from priority land uses in their respective jurisdictions.

Under Track II, a permittee would develop and execute an implementation plan of any

combination of controls, such as full capture systems, other treatment controls (e.g.,

(LID)), institutional controls, and/or multi-benefit projects to achieve the same performance results as Track I would achieve.

Both Tracks have permittees focus their trash control efforts on priority land uses (i.e., those land uses that studies have shown generate significant sources of trash).

Essentially, within ten years, a local government can choose to install and maintain trash-catching devices on all storm drains in high-density residential areas, industrial and commercial zoned areas, and public transportation stations.

Within ten years, local governments can create their own trash reduction program to include: increased street sweeping, consumer education programs on littering, installation of trash-catching devices on storm drains, and/or enactment of local ordinances to ban sources of litter. Local governments that opt for the second path will have to demonstrate equivalent trash reduction to that achieved under the first path.

For more information you can view the proposed trash amendments in their entirety here: http://www.waterboards.ca.gov/water_issues/programs/trash_control/documentation.shtml .